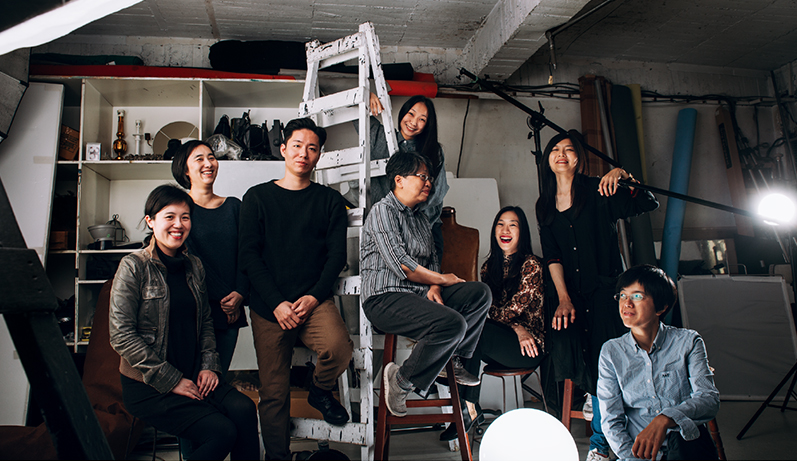 Project Zero is a new yet experienced theater agent in Taipei. We represent independent Taiwanese choreographers, focusing on the national and international distribution of their works, and facilitating their artistic development.

In service of them, we are committed to become the strongest, most vibrant, and most innovative management company in the region.

Project Zero provides the best overall support for artistic development and theatrical productions.
According to individual artist’s specific needs, we provide production management service and engage dramaturgs or creative consultants in the process.

Project Zero is a resourceful partner for engagement in Taiwan.
We have close connections to all major theaters in Taiwan, as well as the local dance and theater communities.

Project Zero is a capable partner for international collaboration.
With years of fruitful and sophisticated production experiences to rely on, our team can embrace any future challenge in any form of collaboration.

Jessie Lin / Founder and Production Consultant
Senior theater production manager, stage manager, performing arts and large-scale event production management consultant. She graduated from School of Theatre, Dance and Performance Studies of University of Maryland, US, majoring in stage management, and also studied in the stage management program at Yale University, US. She used to be the manager and consultant of the Performance Technology Department of the National Chiang Kai-Shek Cultural Center (now named National Theater & Concert Hall) in Taipei, and the production director of Serious Staging company in Hong Kong. In recent years, she successfully supervised the opening and closing ceremonies of the 2017 Summer Universiade as well as the opening ceremony of the Expo 2010 Shanghai China. At the same time, she also shared her professional knowledge with the juniors by being in charge of course planning for the theater technology and management training program of Quanta Arts Foundation. Since September 2017, she has been a visiting assistant professor at School of Theatre Arts of Taipei National University of the Arts.

Li-Qiao Yang / Technical Director
Graduated from the Department of Drama and Theatre of National Taiwan University. She specializes in theater equipment management and technical project management, possessing more than ten years of experience as stage technical manager. In recent years, she has served as the overall technical manager for the performance of the 2017 Summer Universiade, the event equipment coordinator for Intel Extreme Masters at the 2016-2017 CCG EXPO, and also conducted the stage equipment renovation of National Theater & Concert Hall during 2016-2017.

Xiao-Ling Liu / Production Coordinator
Graduated from Department of Dance of National Taiwan University of Arts. She specializes in performing arts marketing and communication, production execution and project management. Since 2011, she has served as the manager of dance group Shu-Yi & Dancers. She has worked with many performance groups and choreographers, such as Huang Yi and LuxuryLogico. The works she facilitated to produce have been toured to France, Hong Kong, South Korea, China, Hong Kong, Macao, and etc.

Jia-Wei Wang / International Production Coordinator
Graduated from Graduate Institute of Art Administration and Management of Taipei National University of the Arts. She is mainly responsible for international program production and served as a curator of large-scale art festivals. She is experienced in performing arts program production. During the ten years working in theatre industry, she mainly manages cross-country programs with solid international communication skills. She used to serve as the executive producer of Contemporary Legend Theatre, the opening of the World Games 2009, Möbius Strip Theatre’s program La cité de la Distorsion, and the manager of dance group Anarchy Dance Theatre. Recently, she has been committed herself to promote the international exchange and cooperation of contemporary dance and the cultivation of talented choreographers. In 2016, she founded the first Taiwan dance platform in WeiWuYing National Koahsiung Center for the Arts.