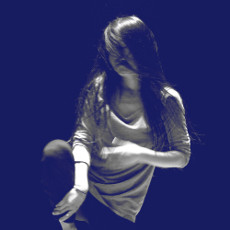 Born in 1988. Graduated from Department of Dance, National Taiwan University of Arts.

Though a new talent in the field of choreography, Chien is always a highly sought-after dancer. She has worked with Akram Khan Company since “iTMOi” in 2013. Her perfect performance in “Until the Lions” won the Outstanding Female Performance (Modern) at the 2016 National Dance Awards (UK). Dance critic Lyndsey Winship also praised her “a woman of powerful but serene stillness, who shape-shifts between delicate, melting movements, stubborn decisiveness and contorted convulsing.” In 2019 she performed in “Outwitting the Devil”.

She became a free-lance artist in 2020. Her collaboration with French artist James Thierrée and his Compagnie de Hanneton started in the same year with the piece “ROOM”.

She has also collaborated with different choreographers and companies in Taiwan, such as Fang-Yi Sheu, Shu-Yi Chou and HORSE. Besides theater performance, she also worked as the art model and improvising dancer for Guo-qiang Cai’s “Day and Night”, a gunpowder drawing. She has worked with director Adam Smith in numerous video projects as the dancer and choreographer, including “Stranger”, a music video for hip-hop musician Plan B, and few videos for British electronic band The Chemical Brothers. Together with Akram Khan, she co-created a duet for “Can We Live with Robots”, a TV documentary commissioned by Channel 4. Recently, she performed in “The Silent Burn Project”, a documentary celebrating the 20th anniversary of the Akram Khan Company during the Covid pandemic time.

Initial inspiration for this piece came from an old Tibetan myth about vultures. It is said that nobody ever sees the body of a deceased vulture. When a vulture knows it’s life is close to ending it will fly high up towards the sun and melt away into nothing. It ties in a little with the Greek myth of Icarus and Daedalus. Man imitating nature and failing …more…