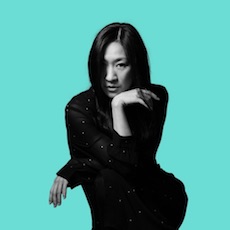 Born in 1981 in Hualien, Taiwan. Graduated from the Graduate Institute of Dance, Taipei National University of the Arts. Her choreography path started in 2010 when she was selected to exhibit in the Young Star New Vision project by NCAF.

Often taking off from personal experience and awareness she has accumulated at different phases of life, she incorporates environment, space and time in her dance creations, and searches for movement vocabulary that are relevant to now.

As a dancer, she has worked with various choreographers, theater directors, new-media artists and fashion designers, participating in many cross-disciplinary projects. For instance in 2011, in collaboration with LuxuryLogico, she has created a transdisciplinary project “=”. As an educator, in addition to teaching in schools for years, she is also very interested in arts education for the public. Since 2018, she has participated in the “And Fun Lab-non-visual creative workshop” which aims to share and inspire the general public as well as disabled people to partake artistic expressions.

She was selected as the NTCH Artist in Residence (Taipei) in 2018. Other artist residency experiences include Cité International des Arts (Paris) in 2014, and Treignac Projet in 2010.

In 2018, her Sponge was presented in Le Phénix, Scène Nationale Valenciennes and in Rencontres Chorégraphiques de Internationales de Seine-Saint-Denis (Paris). Dry to Wear, a video work was presented in Paris in 2015. Solo for Now-in the Movement was presented in Yokohama Dance Collection in 2013. 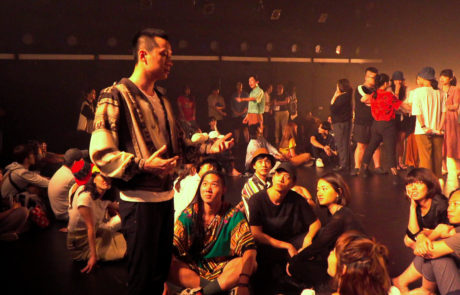 A myriad of colors. Someone added a stroke of paints. Another added more stokes. And so on. After more than one hundred years, these colors have become intricately intertwined. Some are bright and beautiful. Some are dim and obscure. Some original colors are barely recognizable. There are visible lines, but how these lines are formed is unclear. Inside it, everyone can have a place …more…

I remember one teacher I had when I was a child often said “I hope you can learn like sponges, absorbing, then discharging what you absorb, absorbing again and discharging, continuously repeating the process⋯” After I grew up, I realized that, as an organism, a sponge animal does not have nervous, digestive, or circulatory systems. It needs sea water flowing through its body to be able to bring in nutrients and push out waste products. It is passive in its survival. Recently, I encountered something which I had yet to learn, but because I never learned it in the past, it was not easy for me until it happened. This March, I visited a very intimate friend and saw how Do-do, the newborn of their family, brings them long-forgotten laughter and spirit. I was moved by this soft impact which peacefully slid in after the chaos, and before the strength.

Occasionally, Do-do is also like the sponge, waiting standstill for osmosis and change to take place.

This is a transition from one thing to another, a story told from collapse to reconstruction represented via body language.

“The body is let loose, submitting to its environment. A sort of contemplative trance, Sponge is an invitation to stoicism.”

The late Italian director Fellini invented a word of his own-Amarcord-which means“I Remember”
I remember the beautiful past.
I will always carry it with me as a life companion, and share it with those who always have story to tell.